Chittorgarh resonates with stories of Rajputana bravery, pride and passion. The bards of Rajasthan sing tales of courage and sacrifice recounting stories that are known to every child and adult in the city. Chittorgarh is named after its most imposing structure, the Chittorgarh Fort which stands atop a 180 metre high hill and is spread across 700 acres.

Chittorgarh Fort has had a tumultuous past. This bastion of the Rajputs has faced violent attacks thrice in its entire history. The first was in 1303 when the Sultan of Delhi, Ala-ud-din Khilji, who was enamoured by Queen Padmini, launched an attack to abduct her. More than two centuries later, in 1533, it was Bahadur Shah, the Sultan of Gujarat, who caused immense destruction. Four decades later, in 1568, Mughal Emperor Akbar attacked and seized the fort. It was finally in 1616, under the rule of Mughal Emperor Jahangir that the fort was returned to the Rajputs.

ATTRACTIONS & PLACES TO VISIT AND EXPLORE IN CHITTORGARH

Come explore the wonders and sites that Chittorgarh has to offer you. There’s always something to see in Rajasthan.

Be a part of the festivities and traditions that Chittorgarh has to offer. It’s always a celebration in Rajasthan.

Engage in the many activities, tours and adventures that await you in Chittorgarh. There’s always something to do in Rajasthan. 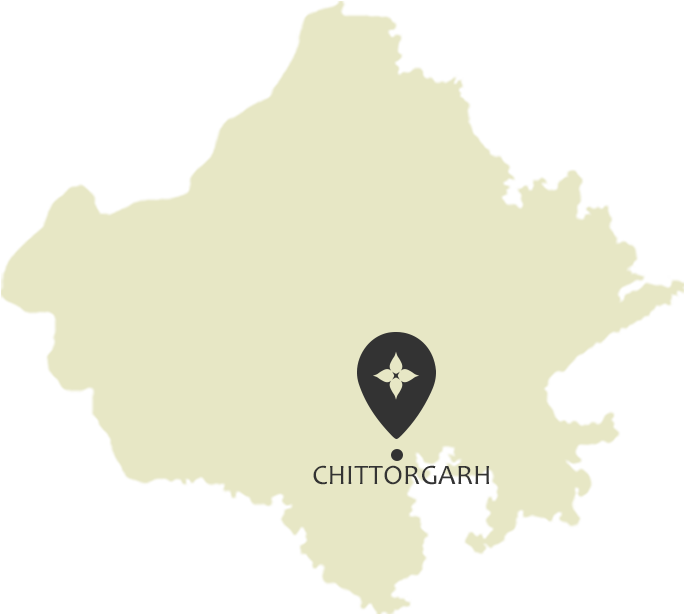 I WISH TO VISIT CHITTORGARH

PLACES TO VISIT NEAR CHITTORGARH