THE CITY OF GRANITE AND GRANDEUR.

Famed for its numerous quarries, Jalore has risen to prominence for producing some of the finest granite in the world. Originally a small town, industrial growth has helped Jalore grow by leaps and bounds in recent times.
The ‘tope khana’ or cannon foundry at Jalore Fort is the foremost tourist attraction of Jalore and it provides stunning views of the city. The city is also famed for the Sundha Mata Temple which was built around 900 years ago and is sacred to the devotees of goddess Chamunda Devi.

Believed to be founded in the 8th century AD, Jalore was originally called Jabalipur in honour of the saint Maharishi Jabali. The town was also known as Swarngiri, after the hill at the foot of which it is situated. Over the centuries a number of clans ruled over Jalore including the Gurjara Pratiharas, the Parmars and the Chauhans until the city was captured and destroyed by the Sultan of Delhi, Ala-Ud-Din-Khilji. After 4 centuries the city was finally restored back to the rulers of Marwar in 1704.

ATTRACTIONS & PLACES TO VISIT AND EXPLORE IN JALORE

Come explore the wonders and sites that Jalore has to offer you. There’s always something to see in Rajasthan.

Be a part of the festivities and traditions that Jalore has to offer. It’s always a celebration in Rajasthan.

Engage in the many activities, tours and adventures that await you in Jalore. There’s always something to do in Rajasthan. 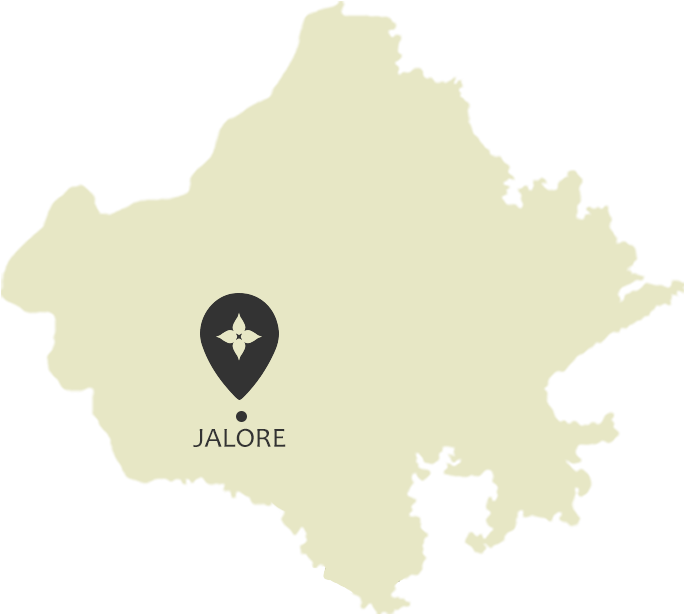 I WISH TO VISIT JALORE

PLACES TO VISIT NEAR JALORE